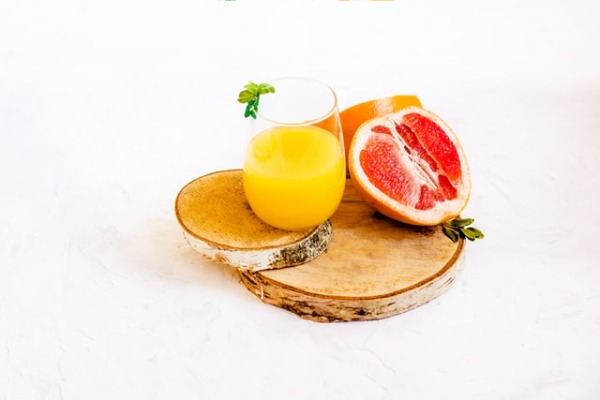 Crystal Light is one of the oldest low-calorie water enhancers out there that can add flavor to your bland water.

Many people use it as an alternative to high-sugar fruity soft drinks. They love it because it’s low-calorie, gluten-free, and has little to no sugar.

Made for those who are interested in weight loss and healthy living, Crystal Light has sparked debates because of its too-good-to-be-true nutrition facts.

If you’re on the keto diet, you’re probably wondering, is Crystal Light keto-friendly?

Like other processed food products, this water enhancer does not have a ton of benefits.

We share with you the number of carbs in Crystal Light flavors and other keto-friendly water enhancers. 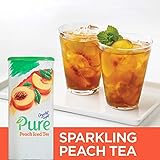 What is Crystal Light?

Crystal Light is a powder that you mix into water to give your plain drink an exciting taste while keeping it low to zero calories.

It comes in a variety of flavors that are similar to fruit juice, sweet tea, and lemonade.

Later on, Crystal Light was released to the general public in April 1984.

The original seller of this product was General Foods, which is now a defunct company. They sold $150 million of Crystal Light during the product’s first year in national markets.

There are similar powdered drinks available in the market, but Crystal Light is considered a great choice among many because it involves fewer health risks.

It comes in flavors like orange, lemonade, cherry pomegranate, and more.

Crystal Light Classic is the original variant that has 20 flavors.

Crystal Light Pure is available in 15 flavors and uses Truvia as a sweetener instead of Splenda and aspartame.

Truvia is a keto-friendly sweetener derived from the stevia plant which is low-carb and low-calorie.

Crystal Light Pure Energy has caffeine as one of the ingredients, along with niacin, Vitamin B12, vitamin B6, pantothenic acid, and biotin.

How does Crystal Light contain 15 calories when it does not have carbs, fats, or protein?

The truth is, you can consider the macronutrient value of a food product to be 0g even if it has 0.5g within it.

This means that Crystal Light may still contain under 0.5g of carb, protein, or fat per serving despite them being labeled as zero.

Crystal Light is heavily marketed as healthy, but it does taste extremely sweet.

Crystal Light is sweetened with the following:

Most Crystal Light products have 0-8g of carbs per packet.

Here’s a list of the net carbs in every Crystal Light variant and flavor.

Here is how many carbs in each Crystal Light Classic flavor:

Crystal Light Pure Energy is the variant that contains caffeine. Here’s how many carbs are in each flavor:

Here’s how many carbs are in each Crystal Light Pure flavor:

Here is an analysis of the ingredients in Crystal Light.

Aspartame is an artificial sweetener that is one of the most popular for its low-calorie nature despite being overly sweet.

It’s 200 times as sweet as table sugar, so only a small amount is needed to sweeten your food or drink.

While it is approved by various regulatory health bodies around the world, aspartame continues to be demonized by many.

Some studies suggest that people with a neurological movement disorder called tardive dyskinesia should avoid it, as it could enhance their symptoms.

It’s also not safe for those who have phenylketonuria. It’s a rare genetic disorder that results in neurological damage due to the accumulation of phenylalanine in the body.

In short, unless you have a disorder that restricts aspartame, then Crystal Light is generally safe for consumption.

Crystal Light also uses Splenda or sucralose as a sweetener. It is made from sugar through a process that replaces three hydrogen-oxygen groups with chlorine atoms.

Although it is considered a low-carb sweetener, sucralose is not the best keto-friendly sweetener.

It affects the probiotic bacteria in your gut, stating that a 6-month sucralose consumption at the human acceptable daily intake increases the risk of tissue inflammation.

Also known as Acesulfame K or Ace-K, Acesulfame Potassium is another artificial sweetener that is just as sweet as aspartame.

However, despite being approved by the FDA in 1998, only a few studies were conducted to prove its safety.

Truvia is the trademarked brand of Coca-Cola’s sweetener, which comes from the leaves of the stevia plant, which is 200-300 times as sweet as table sugar.

Stevia does not raise blood sugar and blood pressure levels and does not kick you out of ketosis.

Even though it is keto-friendly, artificial sweeteners like stevia can trigger headaches. It should be used with caution among people with diabetes and those on blood pressure medication.

Maltodextrin is not a non-nutritive sugar substitute with the same calories as table sugar.

Unlike stevia, it has a high glycemic index which can affect your ketosis and blood sugar levels.

This sweetener is not keto-friendly, so make sure to consume Crystal Light in moderation.

The artificial colors found in Crystal Light include Yellow 5, Red 40, and Blue 1.

The Food and Drug Administration declares these ingredients as generally recognized safe. However, some experts agree that there is not enough evidence that proves its safety.

Some studies even suggest that artificial colors in foods and drinks can cause allergic reactions, behavioral problems, and even autoimmune diseases.

If you want your keto diet to be as clean as possible, you should ditch Crystal Light. Despite being low-carb, it contains artificial ingredients that are harmful to your health.

If you’re on the keto diet to reduce inflammation or increase your energy, this water enhancer is not keto-friendly.

However, if you want to treat yourself a little once in a while, it’s fine to add Crystal Light to your bland water.

It can fit into your keto macros because it contains little to no carbs. It won’t kick you out of ketosis nor make it harder to get into ketosis.

While this beverage enhancer does not offer any health benefits, there are worse drinks to have, like sodas and fruit juices. 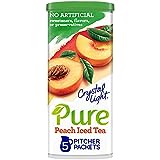 If you’re planning to use Crystal Light, do it only occasionally and pick the lowest-carb varieties under the Crystal Light Pure variant.

It’s a keto-friendlier choice, although it still has added sugar.

Here are some other keto-friendly water enhancers to try. 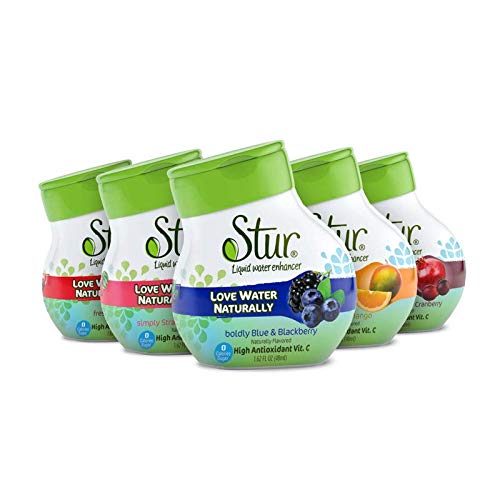 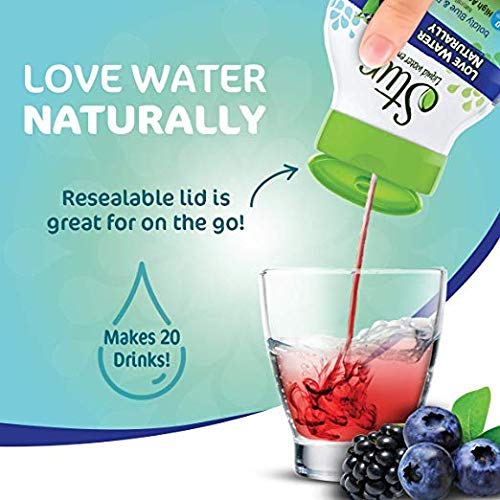 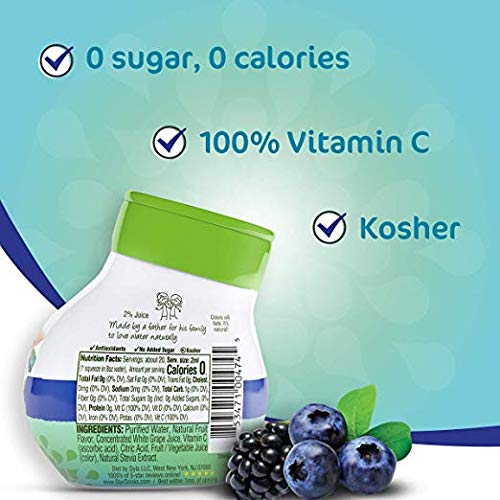 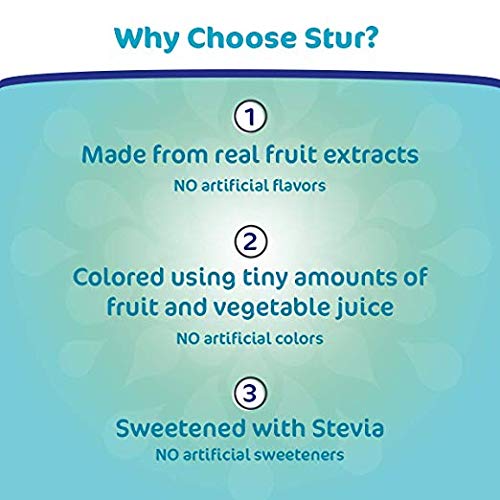 Stur is a popular choice for water flavoring among diet enthusiasts. Unlike Crystal Light, Stur uses stevia and not sucralose or aspartame.

This means it’s perfect for the keto diet! Use it to naturally hydrate yourself as Stur is made with simple and all-natural ingredients! 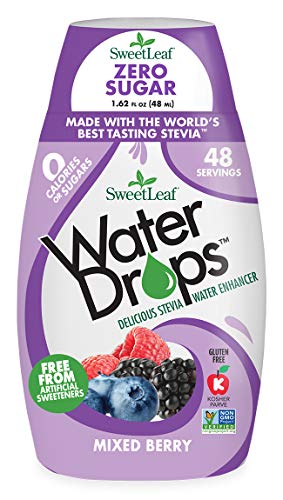 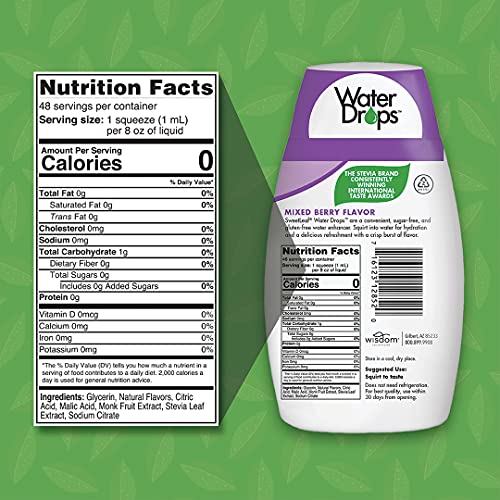 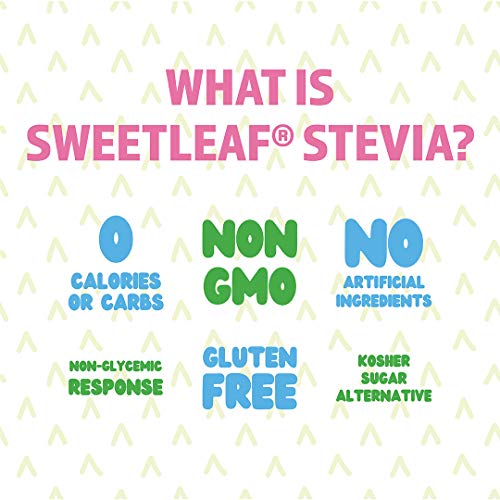 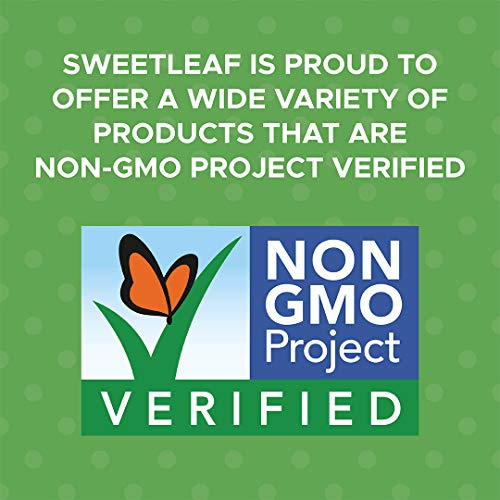 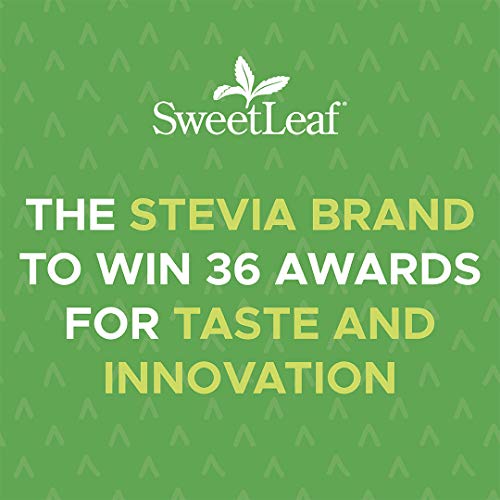 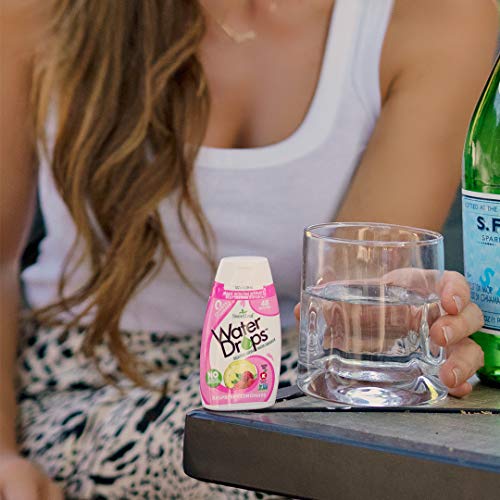 Sweetleaf Water Drops are a great solution for low-carb dieters who need to stay hydrated to avoid the keto flu.

They are sweetened with keto-friendly sweeteners like monk fruit extract and stevia, which do not disrupt the keto cycle the way table sugar does.

They are calorie-free and sugar-free and also come in various fruity flavors. 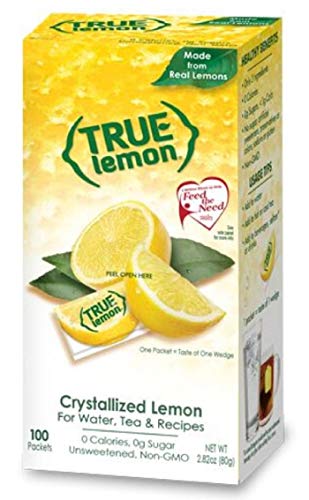 True Lemon also has less than 1g of carb and no sugar. It’s a citrusy replacement for juices with a lot of sugar.

This water enhancer is healthy, simple, and affordable when you are on the keto diet.

It’s made from freshly squeezed lemons and crystallized to capture the flavor and freshness.

How Much Crystal Light Will Kick Me Out of Ketosis?

As mentioned, Crystal Light has between zero and 3g of net carbs depending on the flavor.

That means it’s going to take more than a few servings before it kicks you out of ketosis.

If your daily limit on keto is 35g net carbs, then you’re probably thinking that you can enjoy more than 10 servings.

Aside from Crystal Light’s health risks, you should be spending your daily carb allowance on healthy vegetables and other healthy carb sources.

Learn how many carbs will kick you out of ketosis now!

Can You Have Crystal Light While Intermittent Fasting?

That depends on the reason behind your fasting.

If you are fasting for health benefits such as autophagy, then don’t put Crystal Light in your water.

But if you’re fasting for the sole purpose of losing fat, then drinking Crystal Light will have little effect on you because your overall caloric intake is what matters!

What Other Drinks Can I Have on Keto?

Water is still the best drink to have on the keto diet.

It’s clean, zero-calorie, and offers a lot of health benefits. It even enhances your ketosis!

But if you are thirsting for something with a little flavor you have plenty of sugar-free and low-carb options out there.

You can try flavored water, sparkling water, some whey proteins, juices, and sugar-free alcohol. Just make sure to drink in moderation!

Find out other keto drinks aside from water so you can continue enjoying the keto diet with your favorite foods and beverages!

Can I Use Sucralose to Sweeten My Drink?

You can but we don’t recommend it.

Even though sucralose is known for being a low-carb and low-calorie sweetener, sucralose or Splenda continues to be a controversy in the health industry.

That’s because it can affect your gut health. Sucralose can kill the good bacteria in your gut and cause imbalance.

It can also break down and interact harmfully with other ingredients when exposed to high temperatures.

So, Is Crystal Light Good for Keto?

Crystal Light is not harmful, but it’s also not keto-compatible because it has no nutritional benefits.

This low-calorie water enhancer also has sweeteners that are not keto-friendly.

A serving of Crystal Light will not kick you out of ketosis, so you can still occasionally consume it when you’re craving something sweet.

Overall, Crystal Light is not the best drink but it’s also not the worst for keto either. It is better to drink a glass of this flavored water than diet Coke on the keto diet! 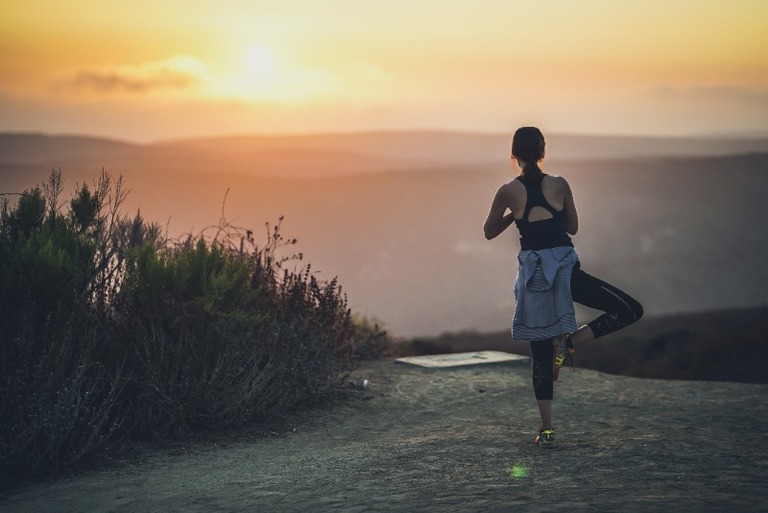 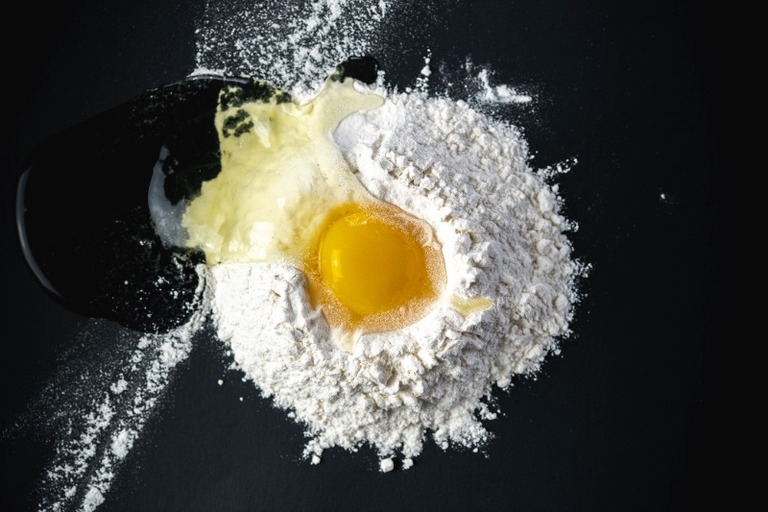 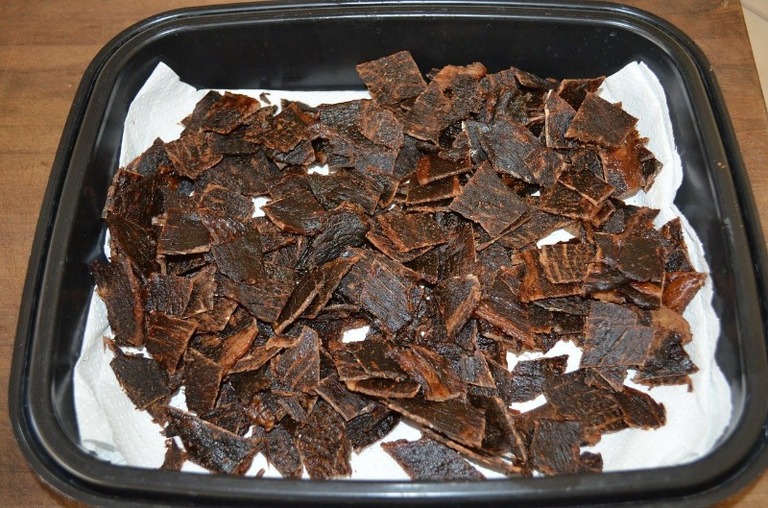 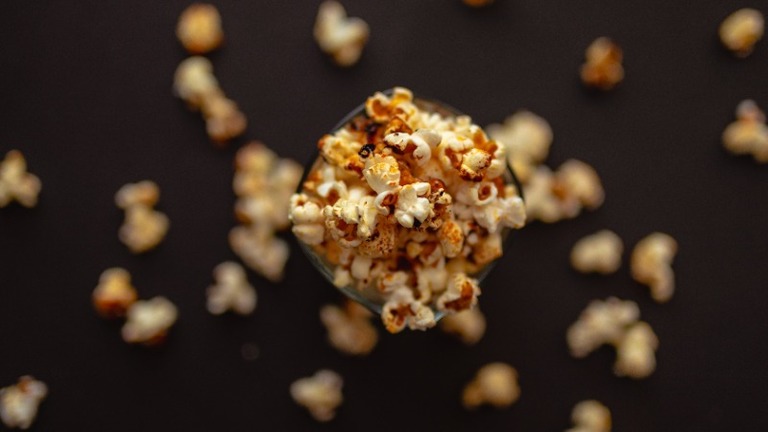 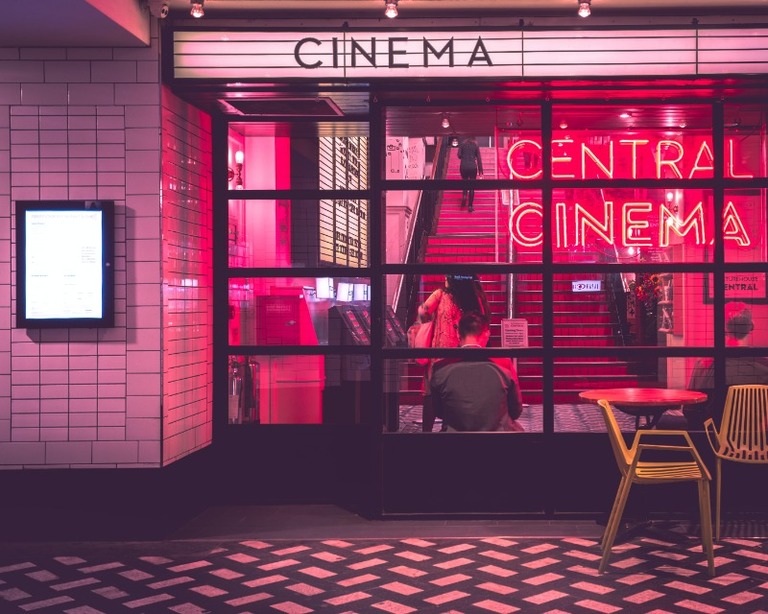 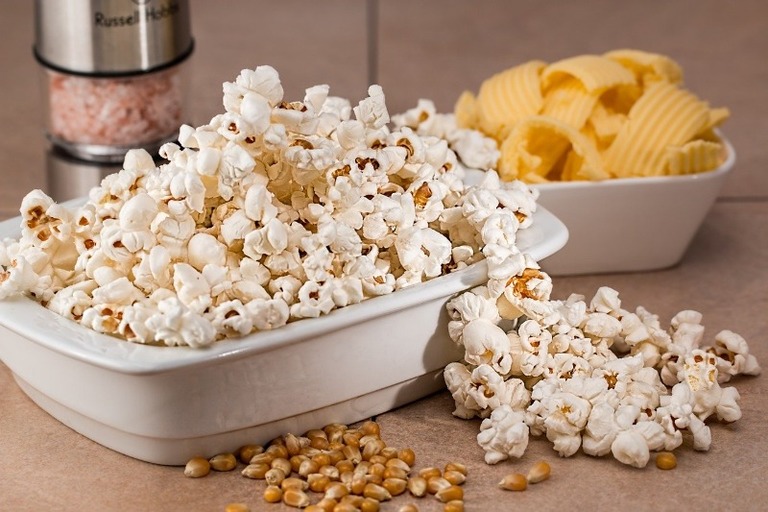